Kayla Perito has studied under Deanna Patterson Cobb since 2004 as a student and teaching assistant. She started working as the studio secretary in 2015. She is a member of the senior company at the Patterson School of Dance and is a member of the Patterson School of Dance's performance group that travels throughout the southeast performing at festivals, galas, and other special events. Kayla was a part of the Lugoff-Elgin Marching Pride and continues to stay involved in the arts. She is currently a student at the University of South Carolina pursuing a degree in Public Health.

Patterson School of Dance has been in operation in Lugoff, South Carolina since 1981 under the direction of Deanna Patterson Cobb. Deanna Patterson Cobb has studied with Naomi Calvert at Calvert-Brodie Studios in Columbia, South Carolina, as well as with many other leading international master teachers. She is an award winning choreographer, director, and performer. She competed on the nationally televised show Dance Fever and also appeared as a guest performer alongside Adrian Zmed. Deanna has had leading roles in many off-Broadway productions and ballets, including Oklahoma!, Gypsy, Madame Butterfly, The Nutcracker, and The Wizard of Oz, among others. She has choreographed numerous productions for the Fine Arts Center of Kershaw County and has been a guest choreographer with the Carolina Ballet for the past ten years. She has choreographed and directed countless nationally acclaimed competitive dance teams at the Patterson School of Dance and has trained many dancers who are now employed professionals. Deanna enjoys giving back to the community and performing at charity functions across the nation and prides herself in training dancers who do the same. In the early years, she and her dancers coined the “moving stage” that the Patterson School of Dance is now recognized for and that awes crowds in the annual Christmas parades across the state of South Carolina. Deanna is praised for her endless creativity, talent, and charitability that has graced the midlands for over thirty years. Deanna is the owner and artistic director of Patterson School of Dance in Lugoff, South Carolina and is the director of the Columbia Tap Company. 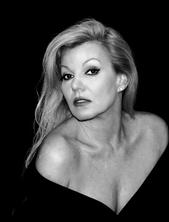 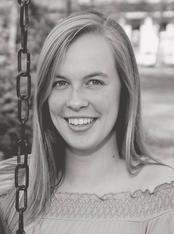 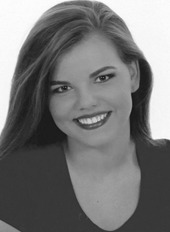 Julianna Cobb has trained in all styles of dance under Deanna Patterson Cobb since 1994. She is a member of the senior company at the Patterson School of Dance and has worked her way up from the rank of teaching assistant to instructor. She has appeared in numerous stage productions, including Oklahoma! and the Carolina Ballet’s The Nutcracker. She has been a part of several award-winning competitive teams at the Patterson School of Dance and is a member of the Patterson School of Dance’s performance group that travels throughout the southeast performing at festivals, galas, and other special events. She has also studied under many other international master teachers. Julianna is an award winning guitarist, having studied under and performed with master musician Harry Dubose, and performing for well-known musicians Morihiko Nakahara, conductor of the South Carolina Philharmonic, and Mark Bryan, guitarist for Hootie and the Blowfish, among others. She was the winner of the 2012 Kershaw County’s Got Talent competition and appeared and performed on live television. She also performed as a part of the Columbia College jazz ensemble for four years. She is a 2019 graduate of the University of South Carolina School of Law. In addition to teaching dance, Julianna also teaches guitar lessons.